Drive giant robots, build an army of a thousand Fleas, move mountains if needed, bury the enemy at all cost!

Simulated unit and projectile physics is used to a level rarely found in a strategy game.

The terrain itself is an ever-changing part of the battlefield.

Enjoy many hours of single player and coop fun with our campaign, wide selection of non-cheating AIs and a survival mode against an alien horde.

Zero-K was built for multiplayer from the start, this is where you can end up being hooked for a decade.

Power to the People

We are RTS players at heart, we work for nobody. We gave ourselves the tools we always wanted to have in a game.

Plenty of Stuff to Explore

Zero-K is a long term project and it shows, millions hours of proper multiplayer testing and dozens of people contributing ever expanding content.

Since receiving intermittent nudges from a few people, I now have a Patreon page. The primary goal is to gain more time to develop Zero-K, however I don't want support to simply go towards "business as usual". If people support me then I should spent at least some of my extra time on tasks that are important but not necessarily the most exciting. To this end, I have decided to put more of a focus on testing and reviewing contributions from the community. A contributor who receives faster and better feedback is more likely to fall deeper into development, strengthening the project. If you like and can support this goal, or just want to support me doing Zero-K development, then I'd appreciate it.

Here is the page: https://www.patreon.com/googlefrog

Some players like parallel build queues, some want more ways to optimise production, and some just think a base with lots of factories looks cool. All these desires are satisfied in this update with the introduction of construction plates - efficient mini-factories that must be placed near a main factory to function. They can be used in the campaign and teamgames to take advantage of allied tech, while in 1v1 they should make it easier for factories access their heavy units.

The rest of the update focuses on the balance of three area; Kodachi, Amph, and dense team games. Kodachi has received nerfs to rein in the range bestowed by the fire prediction AI from v1.8.5.0. Archer takes over the role of sea riot from Scallop, with Archer gaining a sonic blaster and Scallop losing torpedo power. Funnelweb, Lance, Gauss and Big Bertha have various nerfs to open up the options in dense team games.

Construction Plates are parallel build queues that offer an alternate method of increasing production. Hover a factory blueprint within 420 elmos of a factory of the same type to place a construction plate.

Scorcher regains some of its damage.

Bolas has slightly more range to help it against Kodachi.

Kodachi has a nerf to take fire prediction into account.

Welder is more vulnerable to raids.

Archer takes on the role of sea riot.

Lance is easier to catch.

Funnelweb takes on a tankyness more appropriate for a constructor.

Gauss is worse at tying up artillery.

There will be a 1v1 tournament at 10:00 UTC on Saturday August 29th - Click on the link to see the tournament thread and sign up!
http://zero-k.info/Forum/Thread/31918
Posted by

After a bit of a break, we have returned with an update based on much of the feedback from the past month. it has been especially nice to see new contributions on the development side from within the community.

In terms of balance, the Lobster nerf is by far the largest. Now that the launching mechanic is polished and usable it is time to balance the unit around its attributes rather than difficulty of use. The next largest changes are some tweaks to vehicle raiders to account for Bolas and the Kodachi changes.

Two notable infrastructure changes are the addition of personal map bans for the matchmaker and an experimental split of the teams host into clan-balance and non-clan-balance. The campaign also has a few more codex entries and there are numerous fixes to the consistency of the interface.

Scorcher regains some of its ability to chew through health at close range.

Kodachi is given the Locust treatment to make it less snowbally.

Duck loses most of the torpedo range it gained in a recent experimental buff.

Lobster is due for some basic attribute nerfs now that the launch mechanic has been perfected. These numbers are similar to its initial implementation, prior to the slew of usability improvements.

Disco Rave Party is no longer countered by Funnelweb.

Cloaking has fewer bugs and inconsistencies, and area-cloaking is now worse than personal cloaking.

Previously cloak was disabled for 3.5s by most, but not all, actions. Proximity decloak linger has been broken for a while, causing units to recloak immediately upon an enemy leaving range. Units with personal cloak use the improved numbers even when under an area cloaker.

Other mechanical changes and fixes. 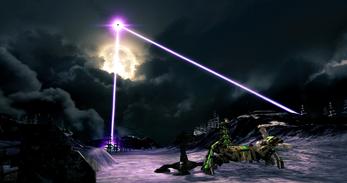 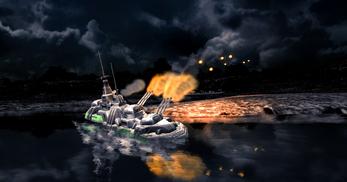 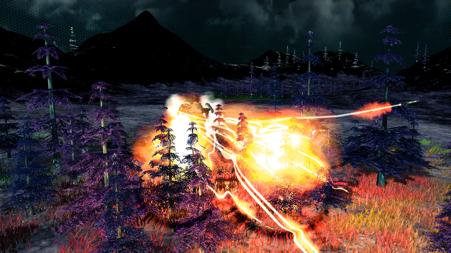 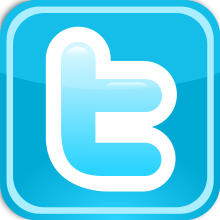 Where can I get a fresh new high elo account?

How to nerf Godde?

Recently on the wiki